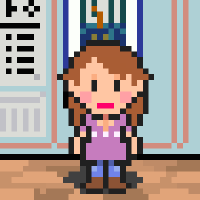 I was born in Tampa, Florida in the United States of America, and lived there for two years before moving back to my parents’ native country, Chile. There we lived for 5 years before coming to Vienna, Austria. Although, I went back often and always remained connected to my culture, it was inevitable that a part of me became Austrian. For the longest time, I felt confused about where I belonged. My family descends from various different European countries, and I had no right to call myself an Austrian even though I’d spent most of my life here. The question, “Where do you come from?” was always a hassle to answer. Eventually, I started seeing the benefit of “belonging nowhere” as “belonging everywhere”. Instead of considering myself a citizen of nowhere, I feel as though I’m a citizen of the Earth. I feel very fortunate to have been able to learn respect for different people and their cultures, so much so that I feel that it is part of what describes me.

Regarding what I’ve wanted to do for the rest of my life, I’m sure I’ve had as rocky a boat as anyone else. As a kid I wanted to be a paleontologist, a dream which I stopped pursuing a month or so later when my dad told me that paleontologists didn’t earn much (coming from a then humble family, constantly aware of money hardships, this was of some concern to me at that young age) and that geology would do better somewhere like Chile. I wasn’t into geology so instead I decided to pursue having one of my hobbies as a career, so that left me with art. From a very young age, my mother who is a graphic designer and spent most of her time creatively, trained me in several artistic disciplines including ceramics, watercolor, acrylic, pastel, and graphic design. Soon after coming to Vienna, my brother introduced me to an online digital pet site. One of the many features of this site was the option of creating websites for your digital pets. This, combined with the guild feature, led to my first taste of programming. I used my 11 year old’s graphic design experience and taught myself HTML and simple web design to make pet sites, guild page layouts and eventually do the same for others on commission. I eventually saved up my money and with some help from my parents was able to buy myself a brand new Wacom Cintiq 12WX. My world had just opened up! The possibilities were endless! But, as it often does, school happened, life happened, and I was told to pick a more suitable, steady career.

From the age of 15, I had shown a lot of interest in genetics and this pushed my life in a straight track: through high level biology and chemistry, and into Biology at the University of Vienna. I was very happy, knowing that I “knew exactly what I wanted to do and where my future would go”. I didn’t really account for me falling in love with the world of tech though… I had gotten great grades in I.T. at school but it just wasn’t something I wanted to do. It was what my brother was doing. My brother changed all that though. He took me to DevFest, a local developer conference, and since then I feel in love with the community and the amazing things they achieved. This love was only further fueled after attending Kod.io, codefront.io and several Vienna.rb meetups. However it wasn’t until I attended Rails Girls St. Pölten that I decided that this is what I want to do.

Since then I have been trying anything and everything available to me, C++ courses, Django workshops and courses, Arduino workshops, and many more. I have even co-organized a Ruby learning group to further learn Ruby and help out people just starting out to get a better understanding.

I have always had a love for videogames and I now hope to some day work in the video games industry as a programmer. It wasn’t before seeing the amazing community involved with programming that I allowed myself to admit that. “Games are for kids.” “Other people can work on that.” “I should do something ‘important’.” I don’t know if those are my parents’ words or mine, but it wasn’t until attending Rails Girls that I thought, “but why not?” “Someone needs to do it, and you CAN do it!” “You love games, why not do something you love?” “It’s a different but a totally valid way of making other people happy”

I have never been so motivated to do anything in my life. I’ve started learning to use several game development toolkits to start learning. Even if it doesn’t amount to a finished game, just making bits here and there, I’ve already learned a lot.

It feels like I’ve been going down a concrete path my entire life, but with Rails Girls I’ve made a turn. It’s scary, and it’s different, but I’m excited, and I’m determined to go on.