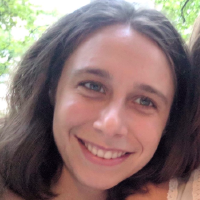 Hello! I am a Junior Web developer and lover of human and machine languages alike. Before getting into coding I worked in the Middle East with refugees and in schools. I speak Arabic and translate from time to time. About a year ago, I began coding and became obsessed with it. Coding engages my practical love of languages and logic with the incredible power of computers. When I began coding it was as though the veil had been lifted from the mysteriously powerful object that digitization is, and I came to see that all modern technology is compiled of beautifully, masterfully, creatively braided strands of logic, engineered by human genius. Realizing this, I became obsessed with the infinite potential of coding. Coding is human magic. I went on to study at Le Wagon coding bootcamp in Autumn 2019, and have since then buried myself in projects and practice. I am a member of a women's coding group "Ruby Stars", a subgroup of Code Curious in Berlin. Additionally, I love laser tag, write comedy, and have a baby addiction.