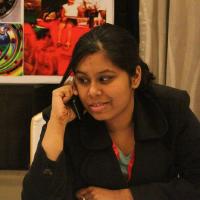 I was an RGSoC scholar in 2016, and now am coaching Team cdTech. The best way to describe myself would be that I am a problem solver. For me, coding is a way to do just that. I live for the rush that you get when your code finally does what you want it to do- or more often than not, something similar. I am also an avid reader and a language enthusiast (coding as well as natural languages). I have extensively with Ruby, Go and Python at my job in VMware. Major tech stack is Kubernetes, Docker, Python, Lua, Ruby and AngularJS.