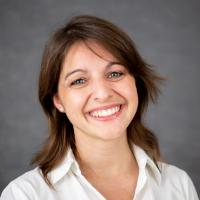 I'm a Biochemist and Software Engineer, who support several initiatives to promote Diversity in Tech, Gender Equality and Women Empowerment. I'm an alumna of the RGSoC 2015 edition and a supervisor of the 2016 and 2017 edition.

I slave to Cookie, the guinea pig. I'm also a book lover and a runner. The first time I've played Dungeons & Dragons, my character unleashed a plague that destroyed an entire continent. But don't worry, now I only occasionally destroy a city. Some time ago, I was retweeted by Carrie Fisher. By the way, Han shot first. And Firefly should be watched in the correct order.