Day 17 - still down to only one coding burger

Aya is still out sick. Boo!

Anke: I started the day with an early morning session with Anastasia on testing - the testing pyramid and everything it contains, and the different forms of tests there are. Really useful! Then, daily standup as usual, and some more learning about Active Record validations and CouchDB. I tried to build on yesterday's feature and not just have a text field in the signup form (as beautiful as that is) but actually have it do something. i.e. validate the data and then either let a user sign up when the invite code is correct, or display an error message otherwise. While this worked beautifully in my test app, it just wouldn't in the LEAP app. It took some help from coach Lukas and some diving through the code to find out where the JavaScript resides that handles the form, and add my new field to the logic so that the entered values would get processed. That works now! It is still missing a few things (like different error messages, depending on whether the field was blank or the code was incorrect), but our second user story is almost done.
To end the day, I'll read up on a few more things in the pile of Ruby books on our desk.
In other news: I will be so much more productive in the future since I now have the lolcat gem installed. Rainbows in my terminal! Hooray! 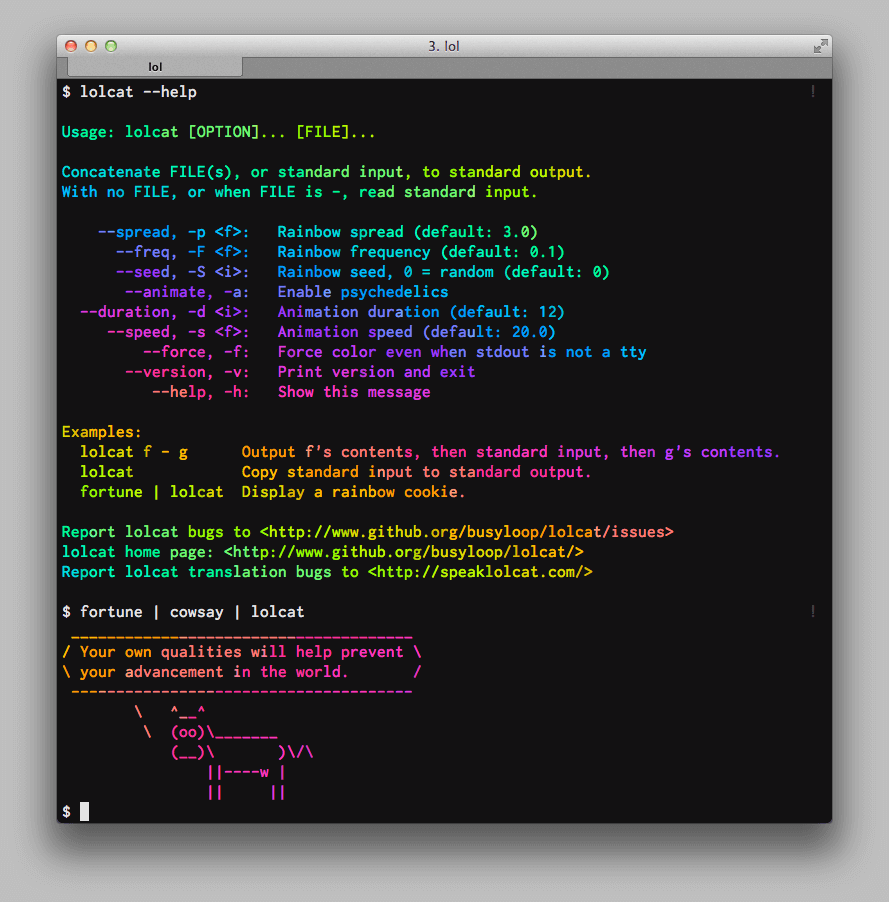